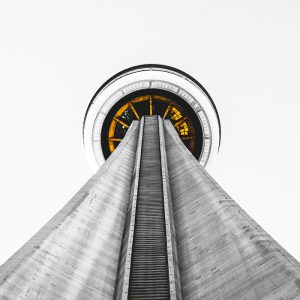 When you’re in the colocation business, you hear the following story all the time. A couple of smart entrepreneurs found a startup. They’re looking for low-cost, agile infrastructure so they launch their first servers on a cloud platform. The cloud lets them get up and running quickly. They launch more cloud servers as the amount of data they need to store and process grows.

A couple of years down the line, they have a thriving business, but their infrastructure hosting costs have ballooned to epic proportions. A significant chunk of their business’s revenue is being spent on the cloud: often so much that the infrastructure costs are eating into profitability. In some cases, the costs become so onerous that the business is no longer viable.

Hopefully, before it gets to that point, the founders start looking for alternative infrastructure hosting solutions — and that’s when they come to us.

The cloud is great for smaller businesses that don’t have the capital to invest in infrastructure up-front, but on-demand and elastic infrastructure comes at a cost, as you’ll see if you do the math on the TCO of high-end cloud servers compared to equivalent dedicated servers housed in a colocation data center.

When a business grows up, it’s time to think about grown-up infrastructure hosting. That doesn’t mean building a data center; it means leveraging the expertise of a company that has managing data centers as its core business model.

A conspicuous example of a path that’s often walked by startups is the infrastructure story of Groupon. In its early days, Groupon was a cloud-based company, but after a few years its infrastructure hosting bill was getting out of hand. Groupon’s solution was to migrate most of its workloads to colocated servers, and the rest is history.

When I call colocation “grown up” hosting, it’s not my intention to belittle cloud users. In the early stage of a company’s growth, on-demand infrastructure is an important part of getting a product onto the market. But as a business matures, its priorities shift: cost, performance, and reliability overshadow the benefits of the cloud.

At a certain size, a web-based business that relies on its servers needs to know how to manage those servers properly, and once a company has hired for or otherwise developed that capability, colocation is the obvious next step.

If your business has never tried dedicated bare metal hardware colocated in a world-class data center, the difference in performance, cost, and reliability will be astounding.

As Groupon’s director of global data center operations put it a couple of years ago, once a startup reaches a certain size and realizes that it’s spending way too much on cloud infrastructure, it’s time to “run the numbers and talk to some data center providers”.