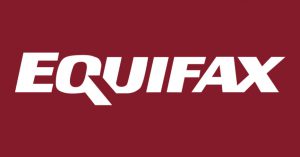 If you haven’t heard about the Equifax breach by now, you’ve likely been living under a rock. Earlier in September, credit reporting agency Equifax revealed attackers used an exploit on its website to access the records of around 143 million US citizens. It’s one of the largest security breaches ever, and one that’s put everything from financial data to social insurance numbers at risk.

At the time of writing, whether or not the attack was state-sponsored is uncertain. What is abundantly clear, however, is the fact that it was entirely preventable. Although Equifax reacted shamefully slowly to the breach, it was at the very least candid about one thing: this all happened because there was a server flaw that it failed to patch.

The existence of such an obvious, easily-exploited security flaw in a company that routinely deals with such sensitive data is troubling, at best. Even though Equifax has recently taken steps to improve its security, there are more companies with its exact security posture. You need to make sure your business is not among them, especially if you’re working in a regulated industry.

Fortunately, this incident offers a few lessons in that regard:

Equifax will doubtless faces some severe consequences for failing to properly protect its data – both from customers and from regulators. It’s not the first firm to suffer in such a way, and it most definitely won’t be the last. By following the advice we’ve laid out in this piece, you can go a long way towards ensuring yours won’t be the next.