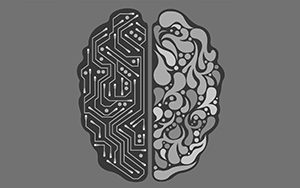 Traditional cybersecurity is a little like building a fortress. You do everything in your power to keep attackers out and sensitive data in. Unfortunately, that security model is a relic of a simpler time.

The walls are crumbling, and any business that doesn’t adapt will find itself completely unable to protect its data.

There are a few reasons for this shift. Smartphones, tablets, and the cloud have empowered employees to do their job from just about anywhere. They no longer have to wait until they’re at their desk to work. They can touch up a presentation while waiting for the bus, send a few emails while in line at a cafe, or collaborate on a project while on the road.

That’s great news for productivity, but not so great from a security standpoint.

Rather than being centralized on your corporate servers, your data is now everywhere. It’s with contractors and vendors. It’s on smartphones, tablets, and laptops. It’s being sent over wireless networks and through mobile carriers.

Creating a digital fortress for your data is no longer feasible. That’s why some in the cybersecurity space are trying something completely different. Instead of building digital walls, they’re creating something more akin to an immune system.

I’m speaking, of course, about artificial intelligence. Imagine it – an AI-driven security system that’s capable of detecting and mitigating a wide range of different attacks. A powerful, software-driven network that can learn to defend itself faster than a human being could possibly react.

Unfortunately, it’s still just that – an idea. The truth is,machine learning quite simply hasn’t reached the point where artificial intelligences can operate independently of humans. There are too many variables that an AI cannot account for. Too many theoreticals and unknowns that it can’t conceptualize.

Not only that, security professionals aren’t the only ones who are going to start relying on automation and machine learning. The security space, after all, is one long, protracted arms race between businesses and criminals. It’s therefore likely that even when AI reaches the point at which it can defend networks, it’s still going to need human stewards – because it’ll be battling against criminal AI.

Don’t get me wrong – machine learning is an exciting concept, and it’s incredibly interesting to see where the technology will take us next. But it isn’t the panacea everyone thinks it’s going to be. In the same way that quantum encryption will eventually be balanced out by quantum computing, advances in cybersecurity artificial intelligence will happen in tandem with the evolution of the tools used by criminals.