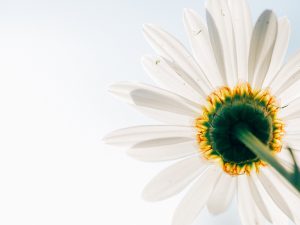 Servers cost money to buy, power, cool, and house. It’s in the interest of businesses to deploy only the servers they need, and to avoid deploying or maintaining servers that are no longer useful. So it’s natural to assume that when servers aren’t being used, they’re repurposed or retired. In an ideal world that might be true, but the reality is quite different.

In fact, server underutilization occurs at a rate that would shock anyone outside the industry. There have been numerous studies that demonstrate a fact know to every system administrator: server utilization rarely approaches optimal levels. Recent research from Anthesis reaffirms those findings. With a sample of over 10,000 servers in ten facilities over six months, the researchers found that about 25% of physical servers were zombie servers. They weren’t just underutilized: they were doing no useful work at all.

Cloud doesn’t solve utilization problems any more than colocation creates them. Reducing the number of zombie servers doesn’t require a new technology, but an approach to server management that considers the full life-cycle of IT hardware. There are two main causes of zombie servers: poor monitoring and poor organizational controls.

Without comprehensive monitoring of server hardware with usage notifications and intuitive interfaces, it’s unlikely that anyone will notice zombie servers. For larger server deployments, it’s all too easy to leave a server humming in the rack, consuming power while doing nothing of use to the company.

From an organizational perspective, someone should be responsible for improving server utilization. If no one is responsible, nothing will be done and zombie servers will stay where they are, consuming power and rack space.

Zombie servers are a wasted resource, but they also represent an opportunity. As companies grow, rather than deploying more servers, the zombies hiding among productive equipment can be repurposed. Zombie servers don’t have to stay undead, but they can only be brought back to life if companies take monitoring seriously and focus on building processes that resurrect zombies rather than deploying new machines.