Unless you’re a tech professional, you probably don’t think much about operating systems. You use Windows or OS X depending on whether you’re a PC or Apple user, and you likely have Android or iOS on your phone. Yet there’s another operating system — Linux — that plays an increasingly important role in your life, whether you know it or not. 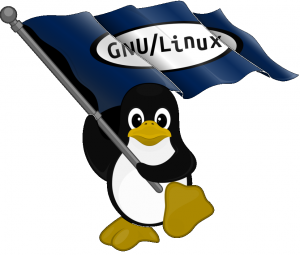 Chances are, you already use Linux every day. Most of the Internet is powered by computers running Linux, so every time you check your email, update your status or do an online search, you use Linux. High-tech giants, including Google, Facebook and Amazon, use Linux internally to provide the services that make them household names. “Smart” devices in your home, from your computer’s router to web-connected thermostats and security cameras, use versions of Linux. The remarkable ability to work equally well in very large and very small environments sets Linux apart from its Microsoft and Apple counterparts, which are relatively limited, “one size fits all” products.

Linux is one of the best-known examples of open source software. The creators of open source software make its code readily available, so anyone can view it, improve it or adapt it to new purposes. In the case of Linux, thousands of programmers, most of them professionals working for large companies such as IBM, Intel, Samsung and Google, contribute code every year. It’s a fine illustration of the old adage that “many hands make light work,” and accounts for Linux’s versatility.

Creating a custom version of Linux can be as simple as ordering a combo at the drive-through. The basic operating system can be fleshed out with any number of existing file managers, user interfaces, artwork and application software, or enthusiasts can make their own. That specific combination of programs is distributed as a bundle, called distributions or “distros.” Ubuntu, Mint and Fedora are some of the most widely used distros on individual computers, while Red Hat, SUSE and Ubuntu are widely used in data centers and cloud-based applications.

The variability of distros can be confusing for Windows or Apple users. Users of a given Windows version all see the same interface, or desktop environment, on their computers. Linux has two main environments, Gnome and KDE, and many less common or custom interfaces. Ubuntu’s Unity environment is somewhat Mac-like, for example, while Mint’s Cinnamon interface provides a sleek, modern interpretation of the traditional MS Start Menu look. That’s an adjustment, but it’s also liberating. Unlike Windows and OS X, if you don’t like something about the interface, you can either change it or opt for a different one altogether.

There are many good reasons to consider using Linux. If you’re a Windows user, switching to Linux means fewer crashes and a much reduced risk of viruses and malware. For privacy advocates, Linux means not giving Microsoft or Apple access to everything you do. You may simply object to a mega-corporation deciding how you can use your computer.

If you’re intrigued by Linux but aren’t ready to commit wholeheartedly to a new operating system, relax. You can download as many versions as you like and try them out at no cost. Most of the leading distros can boot from a DVD or USB stick, letting you try a live version of the OS without making any changes to your current system. If one doesn’t suit you, simply try another. If you want to use it regularly, most leading distros install alongside Windows with minimal fuss. Every time you boot your computer, you can choose which operating system to run.

The Linux Foundation: A World Without Linux
http://www.linuxfoundation.org/world-without-linux

Tech Republic: Alternative Is the Question, Linux Is the Answer
http://www.techrepublic.com/article/alternative-is-the-question-linux-is-the-answer/